In the 12 of July, 2012, in the town of Balchik (Bulgaria) there was established the International Draughts Federation (IDF), which became the legal successor of the FMJD Section 64. The objectives of the new federation are to develop and to promote all over the world the draughts – sports  game at the traditional 64-square board, spread in the most countries of the world, to organize international sports draughts events, to organize drawing of the world and continental titles. The Federation plans to continue its cooperation with FMJD in the status of the Partner member.

The principles of work and schedule of events, taken by the Section 64 continues in the work of the International Draughts Federation. At the same time, the new organizational form will simplify the solution of many issues, ranging with the assignment of international titles and finishing with the interaction with international sports organizations and associations.

In addition to developing its core versions – Russian and Brazilian draughts – IDF will contribute to the promotion the rest of the game on the 64-square board. In particular, in the near future we will hold talks on the coordinated interaction with the organizations representing checkers, pool, Czech checkers, Italian checkers, etc. at the global arena. All news and regulations of the IDF until creating of its own siteswill be published in Russian www.fmjd64.com and English www.fmjd64.org versions of the FMJD Section 64 official website. Look for the updates!

In accordance with the Statutes, FMJD engaged in the development of checkers in the world and its structure consists of three sections – Section 100, Section 64 and Section of Checkers. However, the FMJD Board has decided to make fundamental changes to the Statutes of the organization to concentrate its forces and resources, including financial, on the development of 100-squared draughts. The proposed edition of the Statutes will be considered at the FMJD Extraordinary General Assembly in August 19,2012, inLille,France.

The new version of the Statutes does not provide FMJD Sections. Because of the current Section 64 has no legal entity, it may be a situation in which, after August 19, there will be none of a legitimate structure, representing the draughts-64 inthe world. In our opinion, this should not be in any case.

In order to avoid a crisis and to preserve the international status and tradition of draughts-64, the Member federations of the Section 64 launched an initiative on the establishment of the International organization for draughts-64.

The newly created Federation is open to cooperation with various international federations, including the FMJD and the World Checkers Federation. We have informed the FMJD president H. Otten about establishing the International Draughts Federation. In his reply FMJD President welcomed our initiative and expressed his opinion on whether the existence of all encompassing organization of draughts-64.

The game of draughts is the integral part of world culture, millions of people in most countries plays in draughts. We are confident that the draughts-64 has a great future, so the International Draughts Federation (IDF) plans to develop all variants of draughts on the 64-square board. Some variants of draughts, such as Czech and Italian, will be able to stabile reach the international level. All together, in a friendly family of draughts-64, we can overcome difficulties, create a powerful organization and to raise the draughts-64 as a sport to a new level.

We invite all National federation of draughts interested in the development of our sport, to join the new International Draughts Federation created primarily to support and develop draughts-64 all over the world. 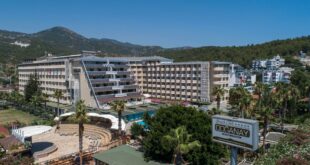