5 rounds was held in the classic program. The closing ceremony of blitz and rapid was held today at 20.00.

Boat excursion on the river Pina took place this afternoon. 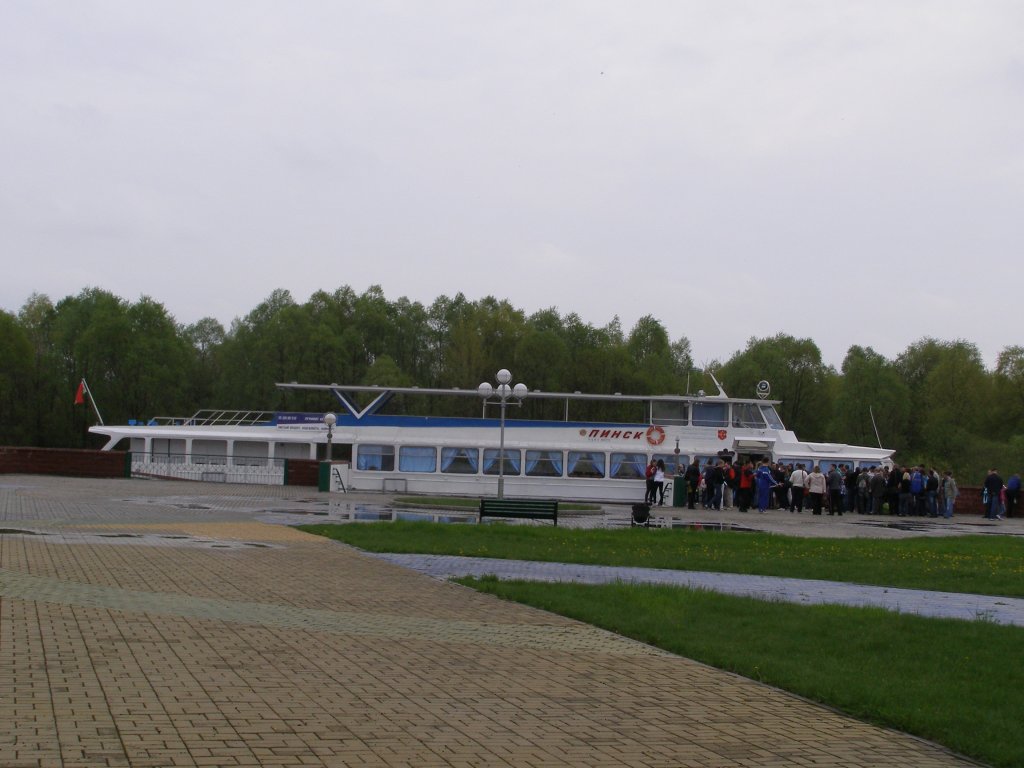 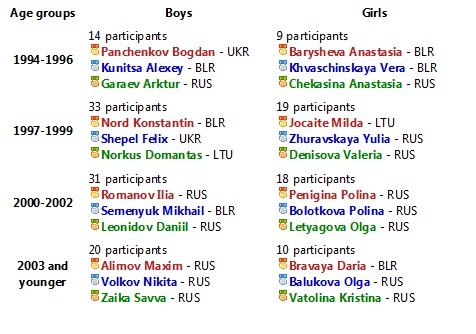 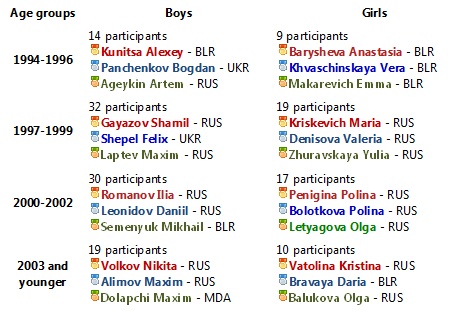 Participants who did not pass the Credentials Committee to 22.00 participate in the additional draw which will be held April 30, at 12.30. These participants pay an additional fee 20 Euro.

Participants will be allowed to enter the hall only to spare shoes. Coaches will be able to watch the games from the stands. Ice Palace, a 50-meter swimming pool, pool tables and table tennis tables, a sauna are available at the sport center for an additional fee. City tour and boat trip on the Pripyat River will be organized.

All programs are held in the Russian version of draughts-64 by the system of micro-matches consist of two games.
The draw of the first move of the white binding on both games of the micro-match is held in the juniors and the cadets competitions.

Participants must to be on the closing ceremony of the competition, in breach of the item they are deprived of official awards FMJD.

Applications for participation in the Championship must be submitted to the Section-64 on e-mail: [email protected], [email protected] only from national Federations not later than 13 April 2013.
Participants declared national federations after the deadline will pay an additional fee 10 euros.
Participants not included in the application of national federations will not be allowed to competitions.

Hotel accommodation will be in 2-4 bed rooms with facilities in the room. The hotel has Wi-Fi.
Places will be booked in the order of receipt of applications.
The organizers will provide accommodation and meals for one participant (boy or girl) in each of the four age groups (total 4 participants) from  April, 29 (starting with dinner), to May, 7 (ending with lunch) for each country to March 1, 2013 will registered in the Section-64 FMJD – IDF.
Their travel costs, as well as the costs of accommodation, meals and travel of other participants pays by their sending organizations.

Participants who provide accommodation and meals by organizers are required to participate in all three programs: the classic, rapid and blitz.

The cost of accommodation and meals for the other participants will be 27 euros per day per person in the room ” Lux”, 25 euros – in single rooms, 22 euros – in double and triple rooms, 18 euros in blocks (2 +2). Payment will be in Belarusian rubles at the exchange rate on April 29.

You can go by different types of transport to Pinsk. There is a direct train from Moscow, number 075, from Vilnius-daily bus service. You can also go to Minsk and then go to Pinsk by bus or train (300 km). Bus fare – 8-10 euros, train – 3 euros. You can also go to the stations Ivatsevichi or Zhabinka and then on diesel trains to Pinsk.

April 29 the organizers will meet and take to the place of competition all visitors who reported arrival time in Pinsk. 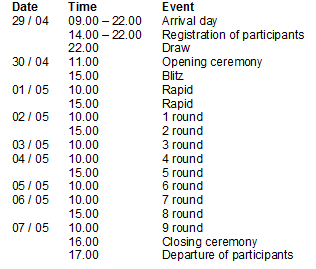 Previous Asian Draughts Championship
Next The application form for a visa