Club championship of Lithuania on the classic Russian draughts was held from 21 to 23 November 2014 in Bačkonys (Lithuania). Championship collects all the strongest players and is considered the largest draughts event in Lithuania.

Championship was held in 8 rounds, micro-matches, time control 30 min + 5 sec per move. 15 teams from all over the country participated.

It is worth mentioning that the team ISK “Pamarys” becomes champion for the third year in a row. 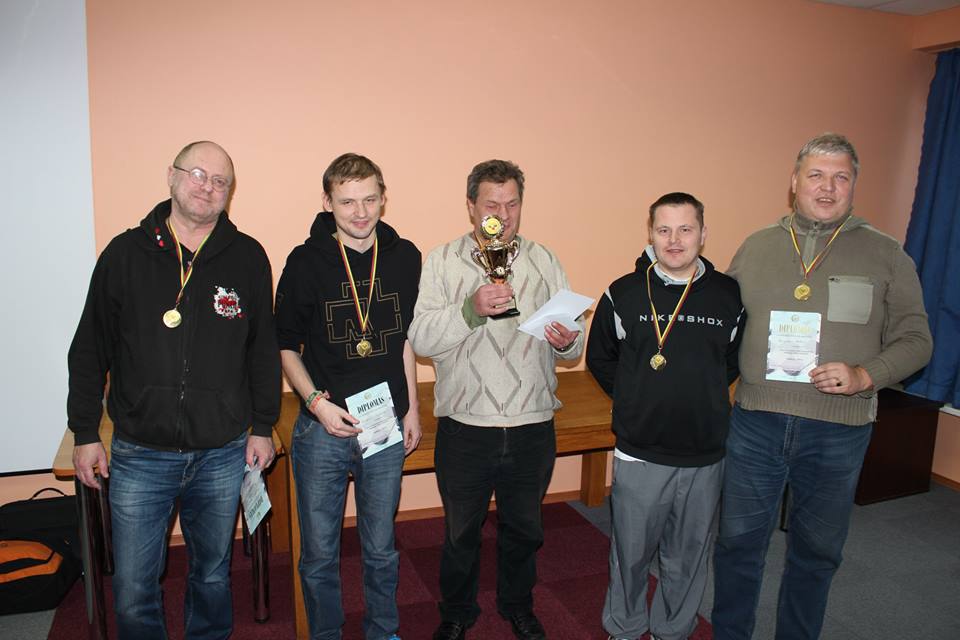 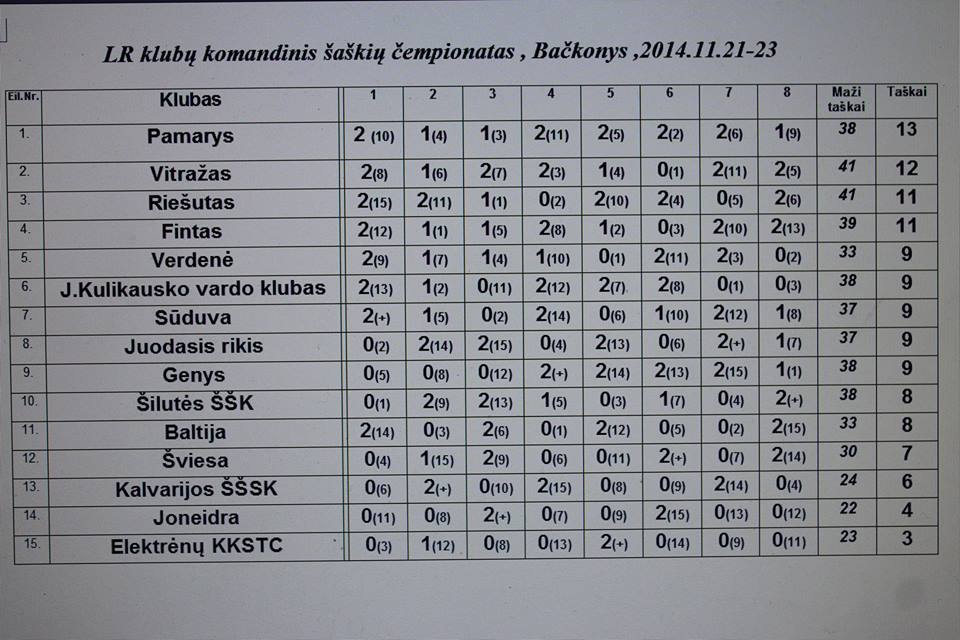