Standings in World Cup 2016 after 6 stages

International Grandmaster, Winner of the World Cup 2015 Vladimir Skrabov is on the second position – 204 points.

International Master Andrey Gnelitsky after a successful performance in the 6th stage of the World Cup is on the third position – 185 points.

In the blitz game of World Cup after 6 stages leaders are the same. It is noteworthy that after winning of the 6th stage of World Cup European champion 2016, International Grandmaster Zhanna Sarshaeva is on the 4th place of standings. 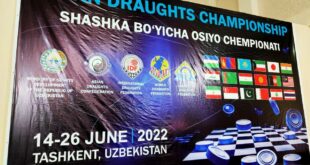