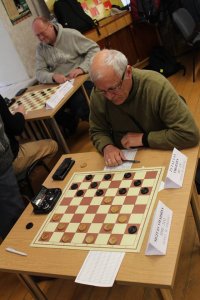 Final of Lithuanian Championship in draughts-64 among men was held in Vilnius from 11 to 16 February 2017. 10 players participated in the competition, among them 3 International Grandmasters and 4 International Masters. Champion of Lithuania became world champion 2015 in Rapid, an international grandmaster Arunas Norvaishas.

Competition was held in Robin round system by the system of micro-matches from 2 games with the draw moves and positions. 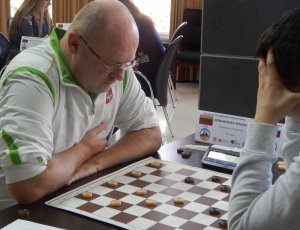 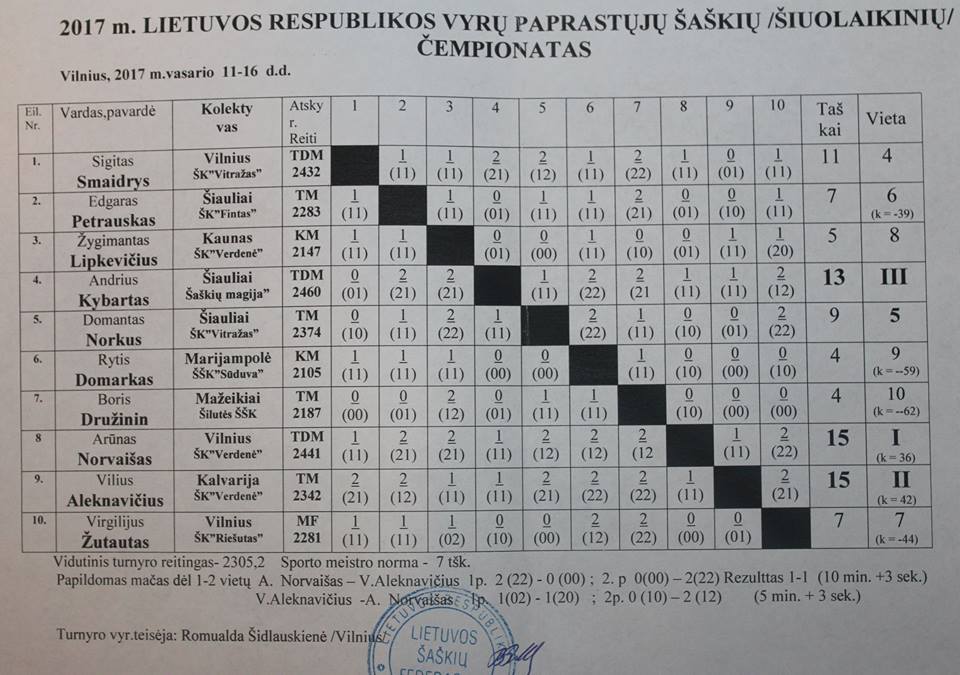