Lithuanian Team Championship  in draughts-64 was held in Alutis from 13 to 14 May. Six teams took part in the competition. Competitions were held with a draw of moves and positions (table for 745 positions).

The first place took team “Verdene” (Vilnius), which won all the matches. Team was headed by world champion in Rapid, international grandmaster Arunas Norvayshas. The composition of the team included such well-known players as international master Vilius Alekhnavicius and IDF master Anri Plaksij. 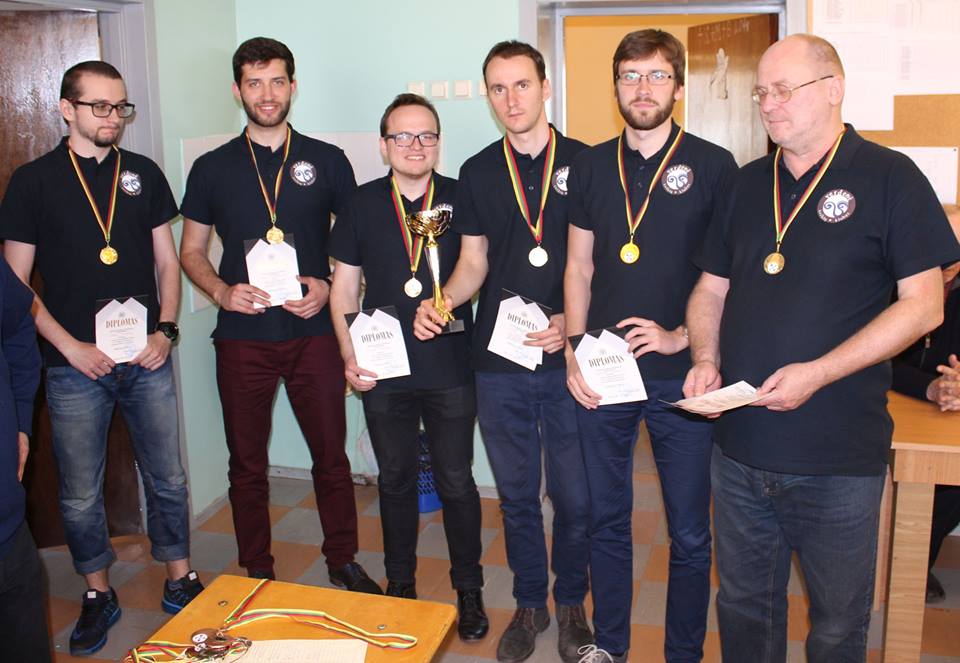 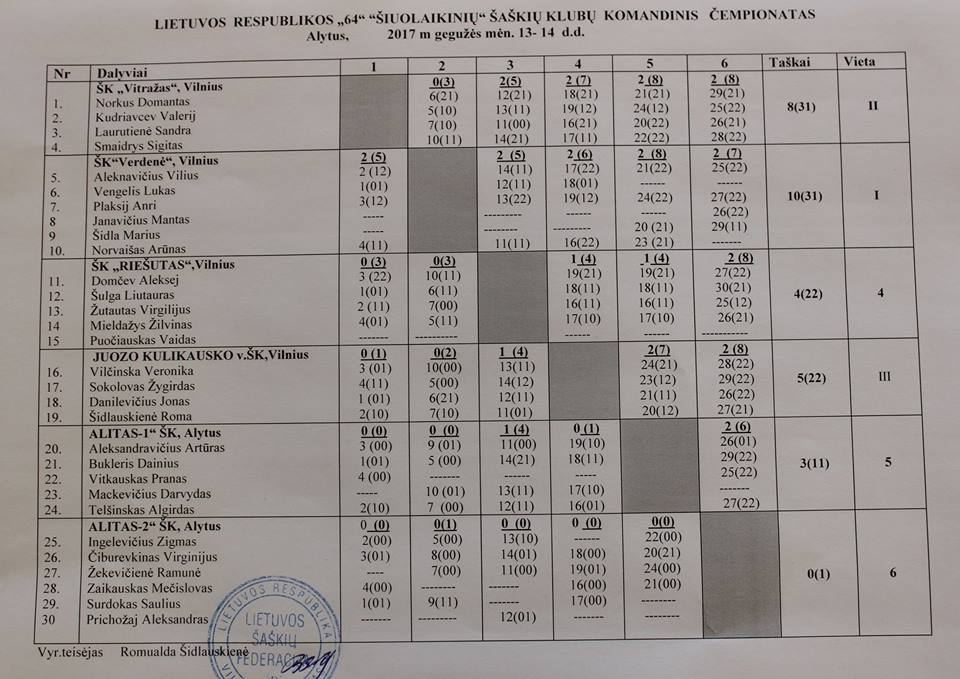