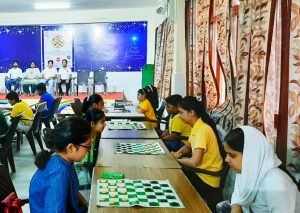 IDF congratulates the organizers on this first successful tournament!

We are confident that in the near future young Indian athletes will worthily perform on the international level and among them there will be real stars who will achieve the highest results and become the pride of the country!

Current results of the 2021 World Cup and upcoming competitions