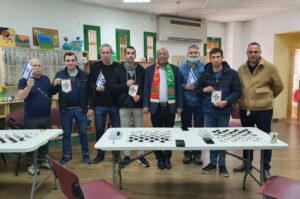 For the first time in history, a delegation of Portuguese draughts players came to Israel and took part in several competitions. It should be noted that this event became possible largely thanks to the International Draughts Federation (IDF) and its leadership, who did a lot for the development of draughts in Portugal.

The events were held with the cooperation of the draughts federations of Israel and Portugal, and the municipalities of the cities of Kiryat Gat and Karnei Shomron, as well as draughts activists, grandmasters Yuri Kirillov, Dmitry Ganopolsky and Nuno Viera from the Portuguese side.

Draughts match Israel-Portugal was held in 3 cities of Israel and consisted of 3 parts (in Russian, Brazilian and Portuguese draughts). 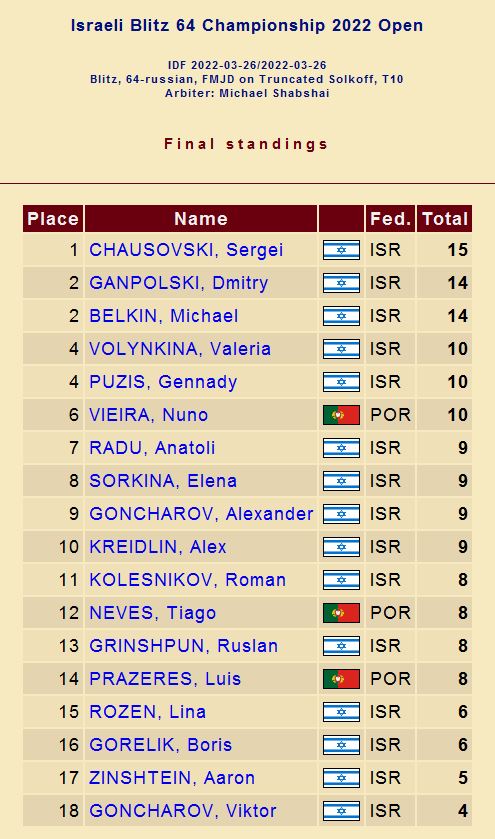