Steering Committee of FMJD on Meeting on December 13, 1992 in Dordrecht (Netherlands) approved the plan of activities for Section-64 on 1993-1994.

See the documents on this important historical event for draughts-64. 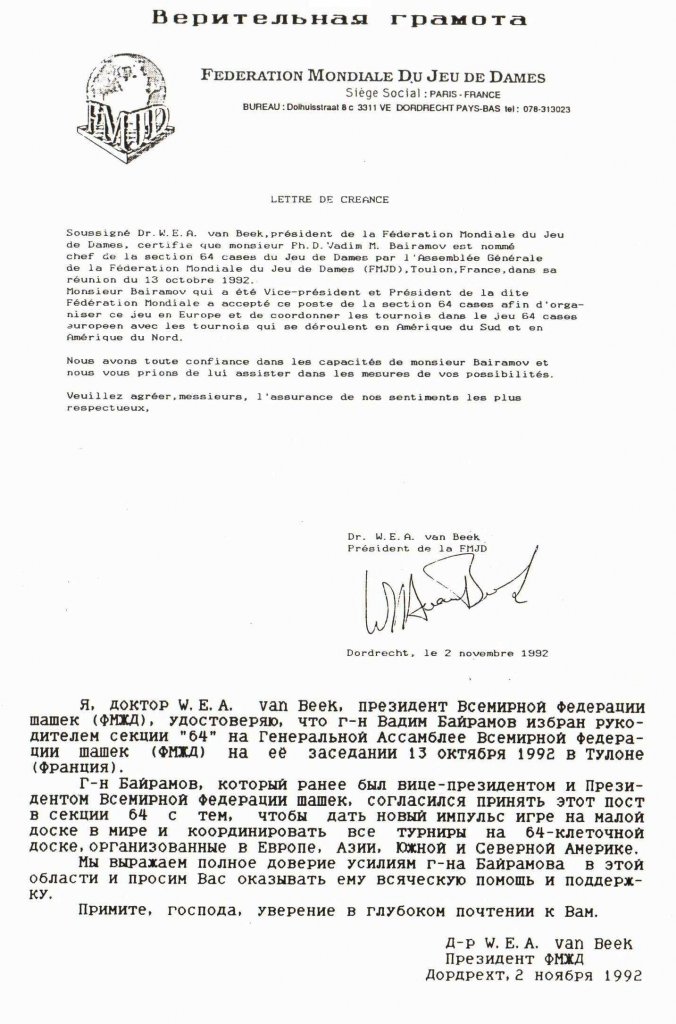 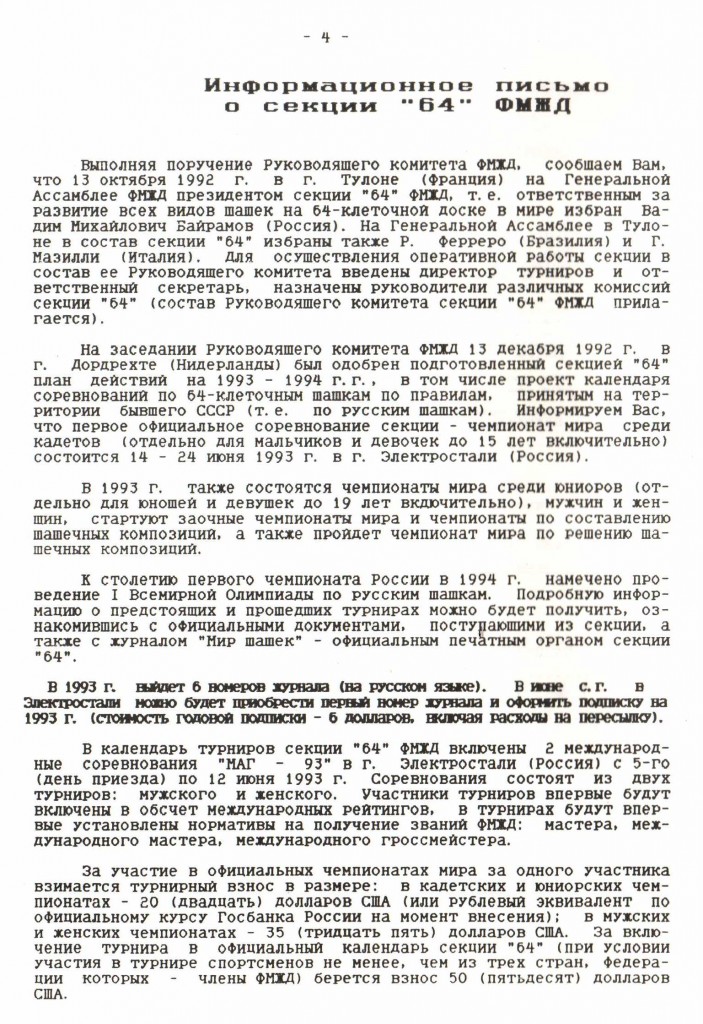