Belarussian men and women Championships were held in Minsk from 10 to 18 March 2012.

This event will be played in Lille, France in the “Grand Palais” from the 9th until the 23rd of August 2012.

March 6, 2012 in Chelyabinsk took place the ceremony of awarding the «World Draughts Oscar — the Golden Hermes” 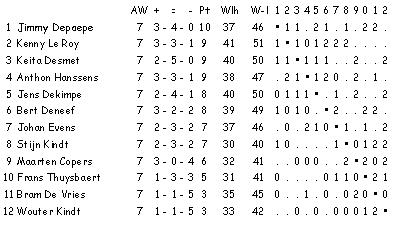 Belgian men Championship in draughts-64 was held in Oteppe, Belgium from 18 to 26 February 2012. Jimmy Depaepe became a champion.

Lithuanian men and women Championships in draughts-64 were held in Vilnius from 14 to 19 February 2012. 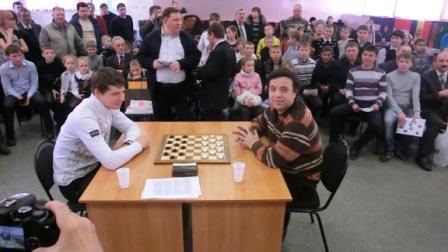 Section-64 FMJD, Draughts Federation of Chelyabinsk region, Chelyabinsk Sports School of Olympic Reserve by Chess and Draughts in accordance with the calendar of the Section-64 competitions in 2012 holds from March 5 (day of arrival) till March 13, 2012 in Chelyabinsk (Russia) the International competitions on draughts-64 in memory of Grandmaster E. Stepanov among men and women — World Cup.

The Organizing Committee for awarding the «World Draughts Oscar — the Golden Hermes» informs all players, federations and media about beginning voting on nominees, nominated for «Oscar» 2011 by the founders.