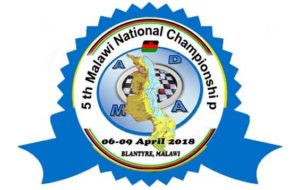 Malawi 5th National Championship was held from 6 to 9 April at Sibwenison Park of Blantyre. 36 players took part in the competition. Championship was held according to the Swiss system in 9 rounds. International master Moses Winesi with the result of 16 points became the champion of Malawi 2018. Humble C Bondo took second place and IDF master Enock Banda on additional criteria was the third. The championship was the qualifier for the African Championship, which will be held in Blantyre, Malawi, from 8 to 14 July 2018. See results and tournament report.

Previous Moldova’s championships among boys and girls U17, U20, U27 finished
Next Announcement of the competition in Bulgaria in the autumn of 2018