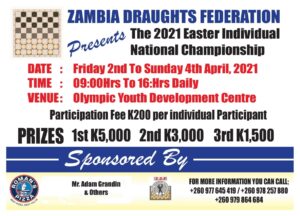 The tournament was held at Twin Palm  Mall Hall at Salama Park in Lusaka. It was sponsored by Romans Pizza in conjunction with Zambia Draughts Federation (ZDF).

Mathews Makina became the champion of Zambia in 2021.

This tournament was participated by twenty two players. Competition was held by Swiss System of 9 rounds with time control of 30+5 sec. Random Opening, Russian Draughts.

The top 3 players received cash prizes and the total prize money was 500 Dollars. 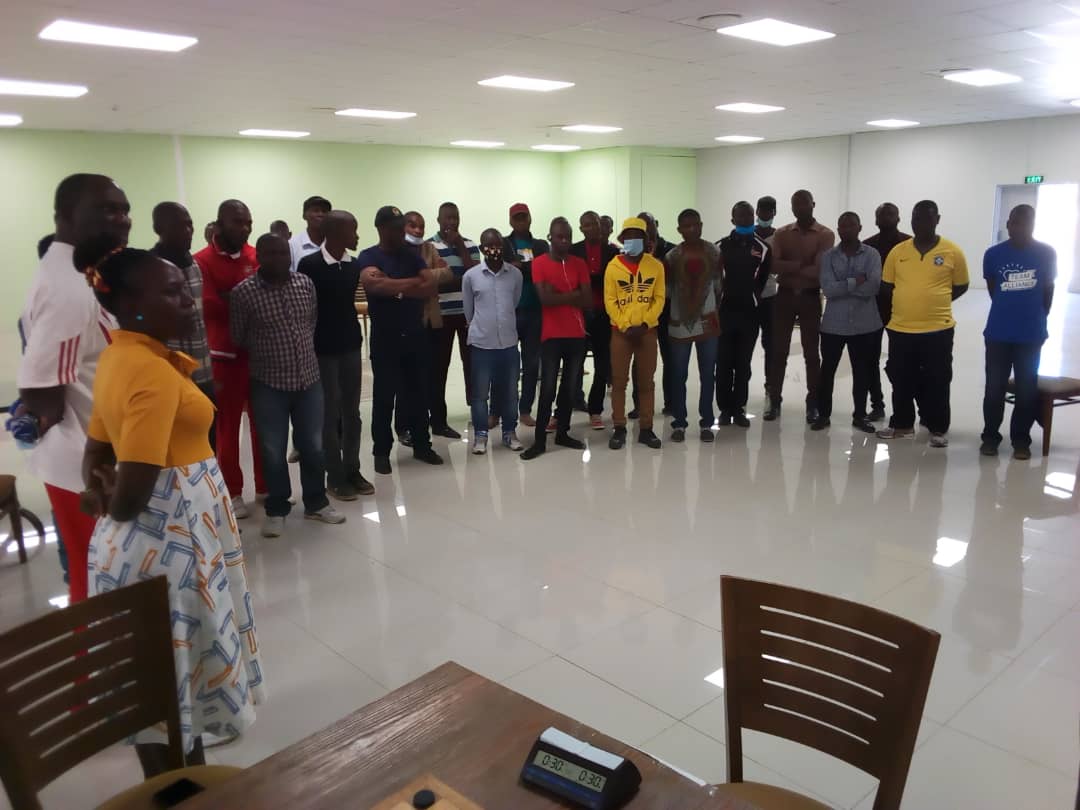 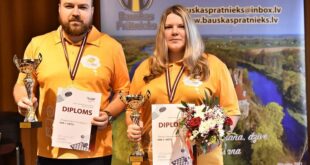 From 8 to 10 October, the finals of the Latvian draughts-64 championships among men and …