News about the IDF official tournaments 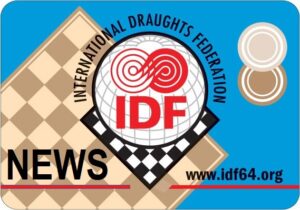 IDF successfully and at a high level held in Kemer (Turkey) From April 23 to May 1, 2021 European Youth Draughts-64 Championship and World Cup. The strongest players from 10 countries took part in the competitions, representatives of 7 countries won medals.

Due to the still difficult situation with COVID-19 in Europe and the world and certain requirements in the countries for the competitions, the European Draughts-64 Championship among men and women, scheduled in Jõgeva (Estonia) from 4 to 13 June, 2021 was postponed to September 10 at the same place.

The VII TAFISA World Games, scheduled from 18 to 24 June, 2021 in Lisbon (Portugal), will be held online at the same time. The competition regulations will be published shortly.