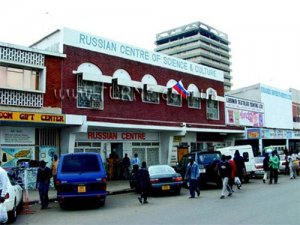 July 27, after ending of the first African Draughts-64 Championship President of the International Draughts Federation, 3-time world champion, International Grand Master Vladimir Langin held a short lecture and a session of simultaneous game in Russian draughts for students of Russian Cultural Center of Zambia in Lusaka. The event was attended by the Consul of the Russian Federation in Zambia and the representatives of the Russian Cultural Centre. 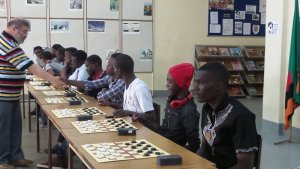 More than 30 people took part in the session. Vladimir Langin played 2 games in a draw and the other won. After the end of the session the President of the International Draughts Federation Vladimir Langin presented to Russian Cultural Center draughts boards, draughts and books. Now, in the chess club of the Russian Cultural Center will take classes and competitions not only in chess, but also in draughts-64.

Draughts in Zambia are very popular and are mass popular intellectual game. Almost all the population plays in the pool checkers – a kind of draughts on the classic 64-cell board, differing from Russian draughts only two rules to the fight of King. This minor difference allows African draughts players to improve their skills, using all the intellectual capital of Russian draughts: literature, software, various materials and achievements.

At the close of the event Vladimir Langin wished them good luck and expressed confidence that in the near future African draughts players will win the competition at the highest level. 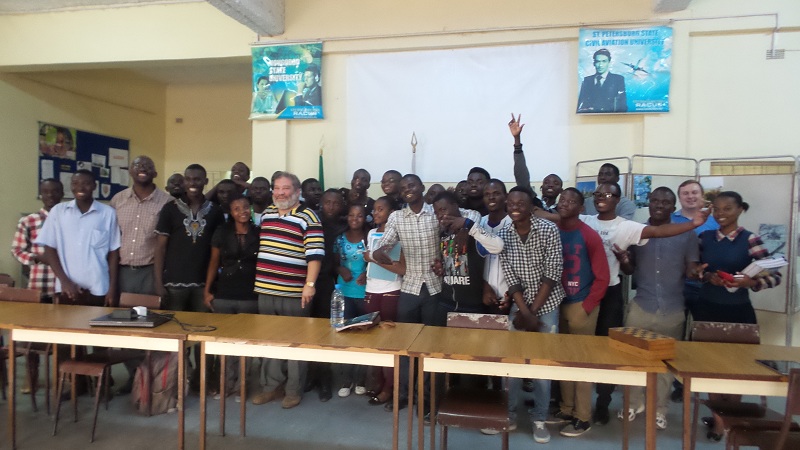