Short report of IDF Board meeting

Results of the work in 2016 were summed up, calendar and Rules of the World Cup 2017 were considered,  number of documents was approved,  on the results of the competition in 2016 and the implementation of norms in various competitions, new international titles been assigned to the next players:

For cases of violation IDF Code of Ethics (paragraphs 2.2.4 and 2.2.8) by international grandmaster Yuri Anikeev (Ukraine) after his suspension from participation in European Draughts-64 Championship 2016 and in accordance with the IDF Code of Ethics (point 3.7.) IDF board decided to suspend Yuri Anikeev (Ukraine) to participate in all official IDF competitions on the three years up to December 15, 2019.

New table of draw (745 positions), to be applied to the IDF official competitions (men and Open) from 1 January 2017, was approved. See table  HERE

Upper limit of age in the older age group among juniors (men, women) from 23 years or younger to 26 years old and younger was increased.

Previous New table of draw published
Next Documents for 2017 updated 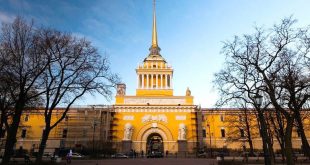