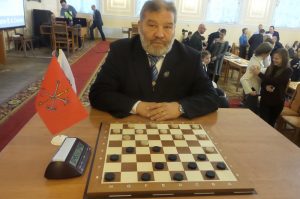 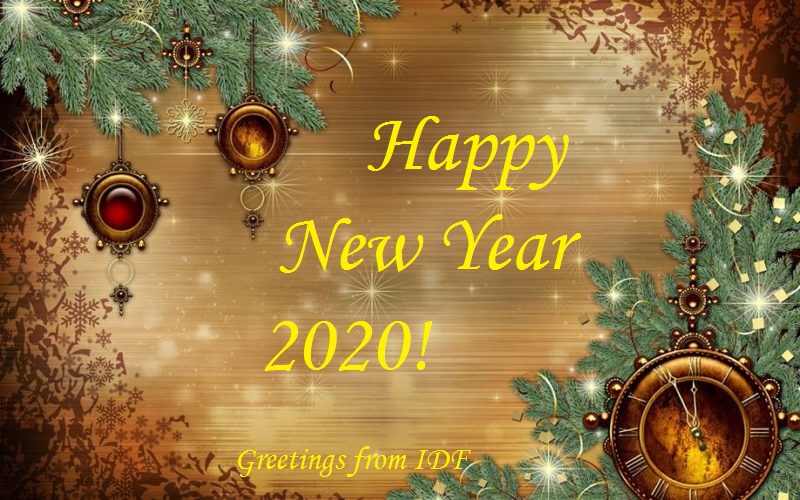 It has become a good tradition to recall before the New Year our achievements and to share our plans for the future.

IDF, being the only organization specially created for the promotion and development of draughts-64 in the world, successfully develops its sport in the international arena.

In 2019, all planned activities were held in accordance with our calendar.

In September 2019, the World Draughts-64 Championship among men and women was held for the first time in Saint Vlas (Bulgaria) (Classic and Blitz programs – International/Russian version of draughts-64; Rapid – Brazilian version). 95 players from 34 countries took part in the championship. The winners of the classic program were the international grandmaster Ihar Mikhalchenka among men and the international master Yana Yakubovich among women (both from Belarus). The prize fund of the championship amounted to 30,000 US dollars.

5 stages of the 2019 World Cup were held in Tbilisi (Georgia), Rimini (Italy), Jõgeva (Estonia), Kranevo (Bulgaria) and the final stage in Portimao (Portugal). Within the framework of the World Cup, competitions were held in various versions of draughts-64: international/Russian, Brazilian and Portuguese.

Dmitrii Melnikov (Russia) won the 2019 World Cup in all categories. The winners of the World Cup stages in various categories were Dmitrii Melnikov (Russia), Aleksey Domchev (Lithuania), Andrei Valiuk (Belarus), Anton van Berkel (Netherlands), Andrey Gnelitskiy (Russia) and Luis Sa (Portugal). More than 300 participants from 26 countries of the world took part in all stages of the 2019 World Cup. The total prize fund of the World Cup was about 10,000 Euros.

In April, the Asian Draughts-64 Championship (7 countries) among men, women and youth in 10 age groups (5 for boys and 5 for girls) was held at a high level under the patronage of IDF in Tashkent (Uzbekistan).

The international federation traditionally paid much attention to children’s sports.

Next competitions were held at a high level in 12 age groups (6 for boys and 6 for girls) in Bulgaria:

Under the auspices of the IDF, the first international tournaments were successfully held in Helsinki (Finland) and Tokyo (Japan). Competitions gave a great impetus to the development of draughts-64 in these countries.

For the second time, IDF took part in organizing and conducting draughts-64 tournaments at the World Festival of Checkers and Draughts in Barbados. Agreements on future cooperation were concluded.

In total, about 1000 participants from 45 countries of the world took part in the official competitions of the IDF in 2019!

Congratulations to the players with honored titles!

Systematic work was carried out to popularize draughts on various Internet resources, on television, in newspapers and magazines.

Information about our activities was promptly published on our official website. Fans of draughts from 208 countries of the world follow the news of draughts-64!

The material and technical base of IDF is being strengthened. To conduct tournaments, new draughts boards were made, electronic watches were purchased and official IDF medals and diplomas were made. Commemorative and award materials were produced for all official tournaments.

2020 will be the next important stage in the development of draughts-64 in the world.

The work will continue to establish international contacts with various world sports organizations, attract new countries, sponsors and interested parties to our organization.

All planned activities of the IDF calendar 2020 will be held:

During the championships, the next reporting IDF General Assembly will be held.

5 stages of the World Cup will be held in Georgia, Italy, Africa, Pan America and Bulgaria with the inclusion of programs of international/Russian, Brazilian and pool of checkers versions of draughts-64.

VII TAFISA World Sports Games will be held from October 1 to 7 in Lisbon (Portugal). Draughts-64 will be presented for the second time in these prestigious competitions.

As part of the TAFISA World Sports Games, the final stage of the World Cup will be held with 3 tournaments according to the international/Russian, Brazilian and Portuguese versions of draughts-64.

2020 is the year of continental championships qualifying for the 2021 World Championship.

The European Championship among men and women will be held from September 11 to 20 in Jõgeva (Estonia) with a large representation of countries and a good prize fund.

The European Youth Championship in 12 age groups will be held for the first time in Kobuleti, Georgia.

Tournaments under the auspices of IDF:

In all tournaments under the auspices of IDF, the norms of international titles will be established and tournaments will be included in the rating calculation.

Of course, not everyone likes our successes. Representatives of the IOC wrote and reiterated their position that no international draughts federation will receive IOC recognition until the FMJD and IDF agree on the joint development of draughts in the world. We offered FMJD cooperation options. However, leadership of the FMJD do not want to agree, and with the help of A. Nikitin (head of the FMJD Russian Draughts Section/president of the Draughts Federation of Russia) and vice-president of the FShR A. Shonin are still trying to split the draughts-64, put aside their development on many years ago, turn various types of draughts-64 into weak regional games.

The level of the fictitious competitions held by the FMJD Russian Draughts Section and number of participating countries (2-4) in all respects are very far from the level of IDF events. It confirms the true intentions of the FMJD leadership to destroy draughts-64 and set them in front of the world sports community in a negative light in order to eliminate a competitor.

The future of draughts-64 is in our hands and only IDF with your help and support can lead draughts-64 to success and prosperity!

The material and technical base of IDF will be strengthened. In January, the first textbook on draughts-64 in English published by IDF for an English-speaking audience will be released from the printing house. The IDF Draughts-64 Rules in the latest edition will be published, commemorative and award materials will be updated.

There will be new events and projects for the development of draughts in the world.

I wish in 2020 for everyone health, prosperity, success and new achievements, prosperity to our beloved sport!