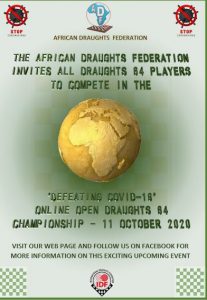 22-10-2020 On October 11, the online African Draughts-64 Championship, dedicated to the fight against COVID-19, was held on the www.playok.com platform. The competition was attended by 96 athletes from 15 countries, representing 4 continents. Among them are representatives of African countries – Kenya, Malawi, Uganda, Zambia and Zimbabwe, as well as Belarus, Great Britain, Germany, Israel, Kazakhstan, Latvia, Moldova, Russia, Ukraine and Jamaica. 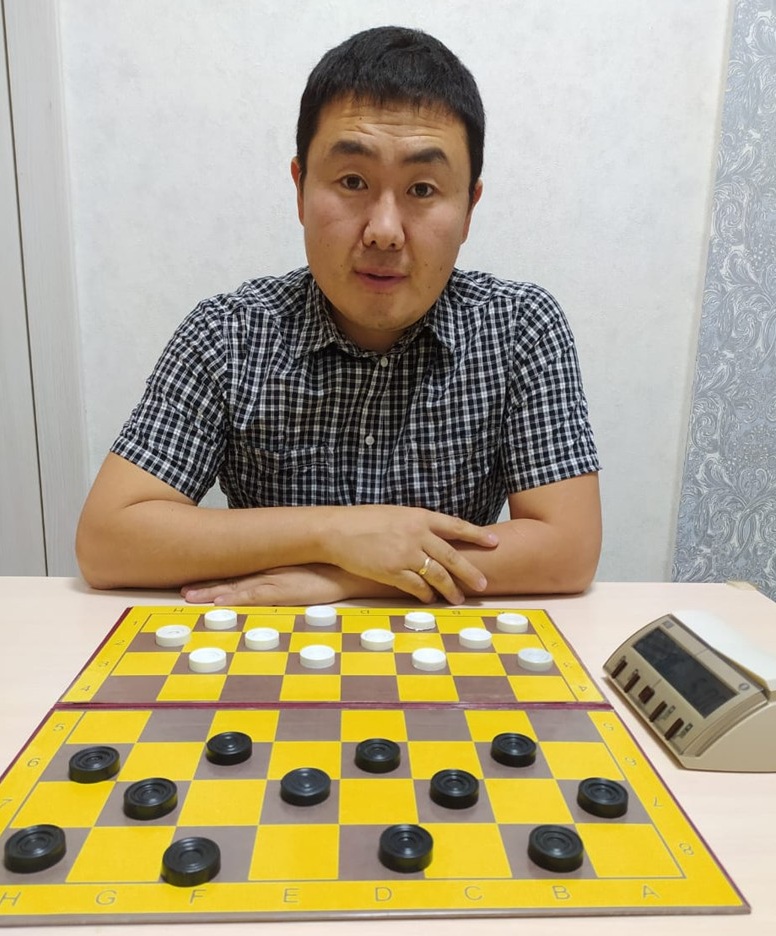 Winners of the online tournament among women:

06-10-2020 The African Draughts Federation (ADF) in conjunction with The International Draughts Federation (IDF) proudly present to you the Fight COVID-19 African Open Online Championship which will take place on 11th October 2020 from 13:00pm London time at www.playok.com platform, Russian Room. This is the time when legends of Africa will vehemently crash with world elite in draughts-64.

The Tournament nickname is adftournament

Athletes to participate in this online tournament are required to pre-register their details using the link provided below.

– The tournament will be held according to the Swiss system of 9 Rounds.
– Participants play by the system of micro-matches of two games.
– Time control for each game is 3 minutes per game + 2 seconds per move for each participant.
– The duration of the tournament is approximately 3 hours.
– Fight COVID-19 African Open Online Championship will be held with a draw of the initial moves and positions of PlayOk platform (Random Opening)
​- Winners will get electronic medals and diplomas