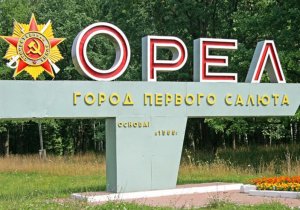 International Draughts Federation (IDF) in accordance with the Calendar of the competitions in 2017 holds from April 30 (arrival day) to May 8 (departure day), 2017 in Orel (Russia) personal-team European Youth Championship in draughts-64.

Championship will be held in Orel (Russia) from A pril 30 (arrival day) to May 8 (departure day), 2017.
Credentials Committee will work April 29 from 16.00 till 22.00.
All participants must have medical insurance for the period of competition.
Participants who did not pass the Credentials Committee to 22.00 participate in the additional draw which will be held April 30 at 12.30. These participants pay an additional fee 20 Euro.

System of competition is Swiss or round robin, depending on the number of participants.
All programs are held in international version of draughts-64 (Russian) by the system of micro-matches consist of two games.
In age group juniors 1991-1997 year born is held draw of the moves according to the official table (745 positions) for boys and draw of the positions according to the official table (150 positions) for girls.
In age groups juniors born in 1998-2000 and cadets born in 2001-2003 is held draw of the first move of the white for boys and girls. Draw is binding on both games of the micro-match.
In other age groups draw of the moves is not held.

Winners of European Youth Championship-2016, participants claimed by national federations are allowed to participate in competition.

Participants are obliged to comply with the Rules and Regulations of the competition, the Code of Ethics. To participant, who made the incorrect behavior, sanctions are applied.

Participants are obliged to comply with the dress code in the gaming rooms and public areas – to be dressed in sports uniforms or clothing appropriate to the rank of the competition; and also have clothing for formal events (the opening ceremony, closing etc.).

Participants must be present at the opening and closing ceremonies in compliance with the dress code. In case of absence the closing ceremony, participants lose all official awards. Awards will not be sent or transferred.

Personal awards for winners of Championship in all age groups will be announced by organizers at the opening ceremony.

Hotel accommodation is in 2-3 bed rooms with facilities in the room. Rooms will be booked before 15th April in the order of receipt of applications.

All participants, coaches and accompanying must residence in the hotel “Salyut” from 29th April to 8th May. In case of violation of this paragraph penalties can be applied.

Their travel costs, as well as the costs of accommodation, meals and travel of other participants pays by their sending organizations.

Participants who provide accommodation and meals by organizers are required to participate in all three programs: classic, rapid and blitz.

Installed package on accommodation and three-time meals for all other participants and accompanying:

>How to go from the train station to the hotel “Salute”:
1) Tram №1 to the station “square Karl Marx” (15-20 minutes) and then climb up the Alexander Bridge and Lenin street (approximately10 minute).
2) From the Central Station (Railway Station Square 1) walking down the Ordzhonikidze street 7-8 minutes to bus and trolleybus stop “TEKMASH” (you need to cross the road at the intersection) and wait for any taxi with the inscription 1st Posadskaya or Sports Palace.
You need go to the bus stop “Post Office” about 20-25 minutes. The hotel “Salute” is located 3-5 minute walk from the bus stop.
3) Price of travel by any public transport is 16 rubles.
4) Taxi (the most convenient and affordable travel option). The fare is from 100 to 150 rubles. Telephone numbers of taxi services +79208004343, +7486244444.

Applications for participation in the Championship must be submitted to the office of International Draughts Federation from national Federations not later than 8th April 2017 on e-mail: [email protected].

Copies of the applications should be sent to the IDF office by e-mail: [email protected]

The schedule may be changed. In this case, the date and time of registration, opening and closing are final.

Presentation of the European championship 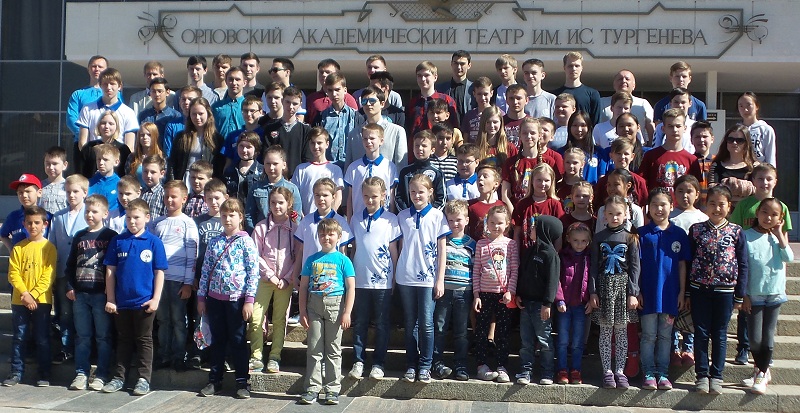 Prize-winners of competitions in all programs were awarded with cups, medals and diplomas. Champions of the classic program in all age groups received prizes from the organizers – exercise bikes. Now they can pay more attention not only to draughts sports but also for physical training.

3 grandmasters took part in the competitions: the current world and European women’s champion Zhanna Sarshaeva confidently won gold medals in all three programs among juniors G26, Damir Rysaev won two gold and one bronze medals among juniors B26, Dmitry Melnikov became bronze prize-winner in the age group of juniors B20.

The strongest players of the world came to the European Youth Championship together with their pupils. They pass their knowledge and experience to the younger generation. Among them are international grandmasters, world and European champions of different years – Andrei Valyuk (Belarus), Sergey Belosheev, Yuri Korolev, Vladimir Skrabov, Vladimir Langin and Antonina Langina (all Russia), Edward Buzhinsky (Lithuania), USSR champion Sergei Ovechkin. Multiple world champion and European champion 2016 Nikolai Struchkov arrived at the closing of the competitions to congratulate the Yakut team with a successful performance at the European Youth Championships.

New stars appeared at the competitions. Among them Dmitry Gusarov, Alexander Shiryaev, Angelina Diachkovskaia. They, like other well-known winners and prize-winners of the European Youth Championship, will fight for gold medals at the World Youth Championship in Bulgaria.

07-05-2017 European Youth Championship in draughts-64 among boys and girls ended. Champions of classic program in their age groups became:

In the team classification the teams’ places were distributed as follows:

Added photos of the classic program.

05-05-2017  Classic program of the European Youth Championship is nearing completion. After four days of competition, absolute leaders in their age groups are: 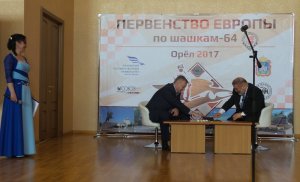 30-04-2017 Opening ceremony of the European Youth Draughts-64 Championship among boys and girls was held today at 11.00 in the fundamental library of the Orel State University. President of the International Draughts Federation Vladimir Langin, Deputy Chairman of the Government of the Orel Region for Social Policy Sergei Stupin and Rector of the Orel State University Olga Pilipenko  welcomed the participants of the competition. 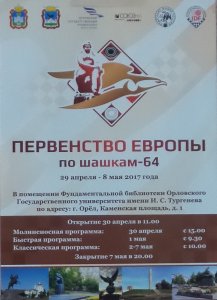 In 1993, the World Championship in Russian Draughts among Men and Women (MARSH) was held in the chess and draughts club of the city of Orel, in which Vladimir Langin won in men and Natalya Lebedeva (Fedorova) won in women.

After a long break, the city of Orel takes on the European Youth Championship. About 160 players from Azerbaijan, Armenia, Belarus, Georgia, Italy, Latvia, Lithuania, Moldova, Russia and Ukraine will participate in the competition. Nikita Volkov, the most titled representative of the Orel, will fight for victory in his age group.

Competitions will be held in the fundamental library of Orel State University.

Opening of the competition will be held on April 30 at 11.00 in the fundamental library of Orel State University. Blitz starts at 15.00.