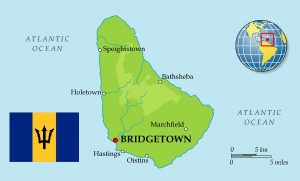 For the first time, the International Draughts Federation (IDF) in the framework of the Barbados World Class Checkers & Draughts Festival, together with the festival organizers, held tournaments in draughts-64. Tournaments in Russian draughts, Pool checkers and Brazilian draughts were held. 23 players from 4 countries: Barbados, Haiti, Germany and Russia took part in competitions. The results were determined in each tournament, as well as in the overall standings of three tournaments. The prize fund of the competition was more than 6000 USD.

Famous world champion in checkers Ronald King from Barbados took part in the competitions. Most recently, he won the qualifying tournament for the match for the title of world champion in checkers, which was held during the festival. After that, he tried to repeat the success in the draughts-64 tournaments. Ronald King already had the experience of playing draughts-64, taking part in the 2013 World Championship in St. Petersburg (Russia) and in the first Pan American Championship held in Jamaica in February 2018. The accumulated experience allowed him to successfully perform in draughts-64 tournaments, taking 4th place in Pool checkers and Brazilian draughts and 4th place in the overall standings of three tournaments.

It is necessary to note the successful debut in the competition of the representative of Haiti, Lamur Bregenet who took 5th place in Russian draughts tournament, immediately behind the strong grandmasters and masters.

During the competition, meetings with the Director of the Barbados Sports Council and the leadership of two draughts organizations – the Barbados Draughts Association and the Barbados Checkers and Draughts Federation were held. The development of draughts-64 in Barbados and the holding of draughts-64 tournaments of various levels in the coming years were discussed. A number of preliminary agreements were reached.

Prize-winners of the draughts-64 tournaments are:

Winners in the overall standings of three tournaments 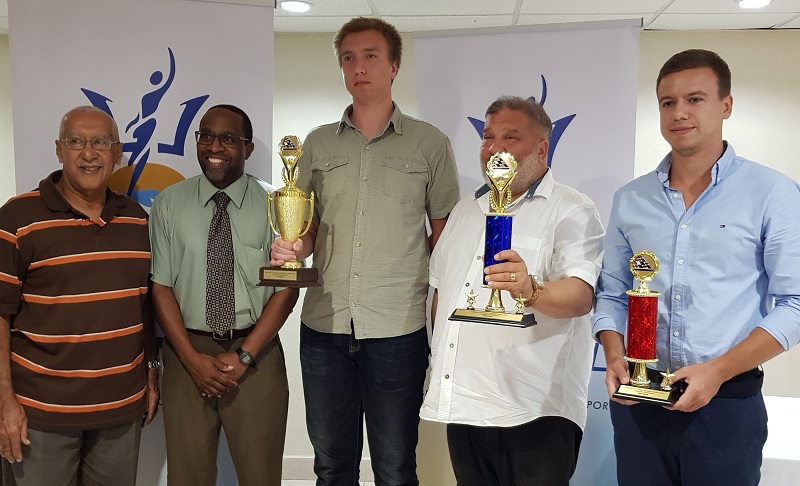 We invite all fans of draughts to take part in this biggest draught event!