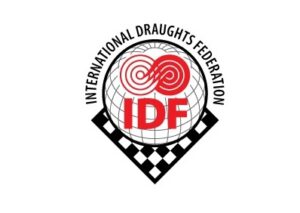 As part of the world draughts community, which unites players, coaches and all fans of our game regardless of skin color, religion, nationality and political views, the International Draughts Federation (IDF) considers it necessary to express its position in connection with the situation in Ukraine:

The IDF expresses its serious concern over the military conflict in Ukraine. It is our deep conviction that military conflicts are always a tragedy not only for the parties involved, but for all sensible humanity. Since the founding of the IDF, the leadership of the Federation, by its words and actions, has invariably emphasized that it stands on the positions of reason and humanism. Each of us hopes that peace will return to Ukraine.

We are sure that there are no such political ambitions that can be sacrificed for the normal life of innocent people – and sport has long been an integral part of it. Players and sports fans should not become hostages of politics, a bargaining chip in the modern “Game of Thrones”.

The IDF Board in the current situation sees as its main mission the preservation of unity in the IDF and the observance of the fundamental human rights enshrined in the IDF Charter.

Based on these principles, the IDF Board made a number of decisions:

– IDF will take all necessary measures to ensure the safety of draughts players and other members of the draughts community. Official IDF competitions will not be held in the Russian Federation and the Republic of Belarus until the situation stabilizes. All scheduled tournaments will be rescheduled or cancelled;

– according to the recommendations of the IOC, Russian and Belarusian players are prohibited from competing under the flags of the Russian Federation or the Republic of Belarus at all official IDF competitions;

− It is forbidden to use any state symbols of the Russian Federation or the Republic of Belarus (flags, anthems, shields, logos, etc.).

− IDF reserves the right to allow Russian and Belarusian players under the IDF flag or in the neutral status –  under national federation flag/logo without state symbols to participate in official IDF competitions.

We call on all those who are not indifferent not to succumb to propaganda, to reject enmity and hatred, and to remember that the mission of sport is not to divide, but to unite people!

Our strength is in unity!

IDF and FMJD have signed a long-term cooperation agreement

Dear national federations, draughts players, coaches, organizers and all draughts fans! We inform you that …