All participants regardless of gender, age and rating are allowed to participate in the 3rd Stage of World Cup; in junior competitions – players born in 2000 and younger, who registered in accordance with this regulation and paid the tournament fee. The number of participants representing the country is not limited.

Competitions are held on the official rules of the IDF.
System of competition is Swiss. All tournaments are held by the system of micro-matches consist of two games.

Youth competitions
Youth competitions are held in classic Russian draughts without draw of the moves.
Time control: 45 minutes for each participant before the end of the game, break between games is 5 minutes.

For individual competitions places of players are determined by the biggest amounts of points. In case of equal points of two or more participants the additional criteria are established by the panel of judges according to the system of the competition.

For team standing places are determined by the biggest amount of points scored by all team members.

In case of equal points of two or more teams places of the teams are determined by the least sum of places occupied by all team members.

Prizes are paid for highest classifications, the best woman, the best senior, the best junior and other prizes according to organizers decision. Additional awards will be announced by organizers at the opening ceremony.

The team took 1st place in team standing is awarded cup and a diploma, the participants – diplomas.
Teams took 2nd and 3rd places and it participants are awarded with diplomas.

Each participant of the competitions should pay organizational tournament fee at the day of arrival.

Applications for participation must be submitted to the IDF office not later than June 25, 2016 on  e-mail: [email protected]

Standing in the World Cup 2016 after 3 Stages 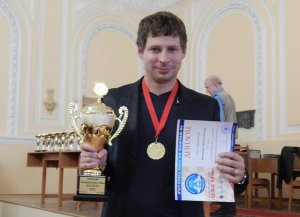 Sergey Belosheev played in the last round in draw with Vladimir Skrabov and International Grandmaster Mikhail Fedorov won Dmitry Abarinov. Both players scored 15 points, but the rate was better for the world champion. Thus, Sergey Belosheev won the classical program of the World Cup, Mikhail Fedorov – the second. Nikita Slavyanov won Edis Novitskis and with a score of 14 points took third place. World champion Zhanna Sarshaeva showed the best result among women, Damir Rysaev is the best among juniors, Dmitry Lond is the best among veterans. 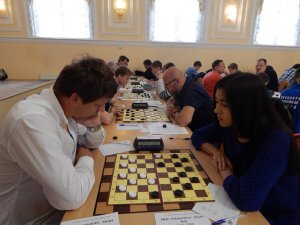 15-07-2016  The 7th and 8th rounds of the classical program took place today. Before the last round with a score of 14 points is leading the world champion Sergey Belosheev. He in a bitter struggle won the world champion among women Sarshaeva Zhanna and played a draw with International Master Dmitrii Abarinov. The second place of the standings with a score of 13 points occupies Mikhail Fedorov, who played a draw with Vladimir Skrabov and defeated veteran of draughts Nikolay Abatsiev. Vladimir Skrabov with 12 points is in third place. Central game of the last round will be among Vladimir Skrabov and Sergey Belosheev, which will determine the winner of the 3rd stage of the World Cup.

Diary of World Cup. The third day and excursion. 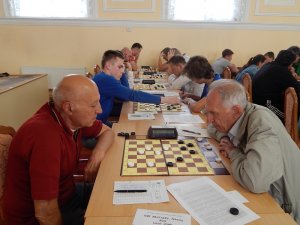 13-07-2016   2 Rounds was held today. Sergey Belosheev still is the leader after 6 rounds with a score of 11 points out of 12. In the 6th round, he did the only draw is the international grandmaster Mikhail Fedorov, which is located on the second position of the standings with a score of 10 points. A large group of pursuers with a score of 9 points shares from 3rd to 9th place. On the third position of the standings with the best odds is former world champion among veterans, 79-year-old master of sports Dmitry Lond, who played in the last round in draw with another famous veteran – International Grandmaster Nikolay Abatsiev.

12-07-2016  Today the president of the International Draughts Federation Vladimir Langin gave an interview about the World Cup and the development of draughts on “Radio Baltica”. 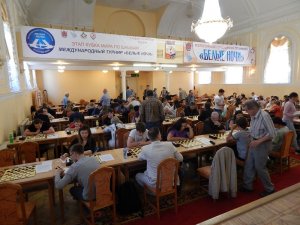 12-07-2016 In the fourth round Sergey Belosheev won Andrey Kalachnikov and with the result of 8 points became the individual leader of the tournament. In the group of pursuers are Mikhail Fedorov, Eugene Kondrachenko and Nikita Slavyanov. They have 7 points.

After lunch, the participants went for a city bus tour.
Selected games of the first rounds posted  HERE.

11-07-2016  After three rounds of intense struggle in the classical program with a perfect result ahead International Grandmasters Sergey Belosheev, Mikhail Fedorov and Master Nikita Slavyanov. Tomorrow, in the 4th round important matches will be held between the leaders: Mikhail Fedorov meet with Nikita Slavyanov and world champion Sergey Belosheev will play with Grandmaster Andrei Kalachnikov. 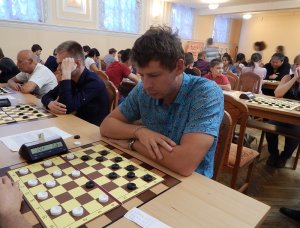 Representatives of 20 countries took part in both programs of the 3rd stage of the World Cup in St. Petersburg! It is currently an absolute record for the Stage of World Cup! 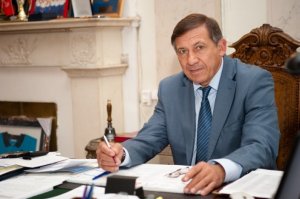 08-07-2016  Greeting of the member of the St. Petersburg Government – Chairman of the Committee of Physical Culture and Sports Yuri Avdeev for organizers and participants of the 3th Stage of World cup

On behalf of the Governor of St. Petersburg Georgy Poltavchenko I pleased to welcome in the northern capital of Russia the organizers and participants of the 3rd stage of the World Cup 2016 in draughts among men and women, which will be held in the traditional international tournament “White Nights”.

For St. Petersburg there is a great honor and responsibility to hold again the prestigious draughts tournament of such a high international level. On the banks of the Neva brought together the strongest players from a variety of countries around the world.

St. Petersburg is a recognized world center for the development of draughts art. Our city, thanks to the creative energy of the president of the Draughts Federation of St. Petersburg Vladimir Langin, has a large positive experience in various draughts forums, including the European and World Championships. Draughts event on the Neva gave a huge impetus to the development and promotion of draughts worldwide.

I wish the intellectuals of this interesting sport creative discoveries, brilliant performances and new sport achievements!

Team standing is determined in the youth competitions. The composition of teams is three boys and one girl.