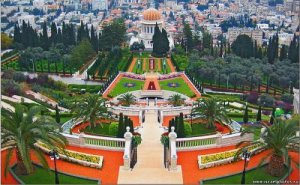 Competitions was held with the support of the Foundation for Assistance for development of Draughts Sports “Russian Draughts.”

Competitions will be held in the hotel “Sea Plaza” at Haifa, Str. Sderot Bat Galim 6, from November 25 (day of arrival) to December 1, 2016.

Travel: from the airport “Ben Gurion” by train to stop Bat Galim in Haifa and then 10 minutes’ walk to the hotel.

All participants regardless of gender, age and rating are allowed to participate in the 6th Stage of World Cup, who registered in accordance with this regulation and paid the tournament fee. The number of participants representing the country is not limited.

Participants must to be on the closing ceremony of the competition, in breach of the item participants lose all official awards. Awards will not be sent or transferred.

All participants must have medical insurance for the period of the competition.

Competitions are held according to the official rules of the IDF.

System of competition is Swiss in 8-9 rounds depending on the number of participants. All tournaments are held by the system of micro-matches consist of two games.

Classic program is held with the draw of the initial moves and positions in accordance with the table of approved 14.09.2008.

Places of players are determined by the biggest amounts of points. In case of equal points of two or more participants the additional criteria are established by the panel of judges according to the official rules of the IDF.

Prizes are paid for highest classifications, the best woman, the best veteran (60+), the best junior and other prizes according to organizers decision. Additional awards will be announced by organizers at the opening ceremony.

All costs of participants are paid by sending organizations or yourself.
The costs for organizing the competition and paid by the Organizing Committee.

Participants, who have paid the entry fee, are allowed to participate in all programs. 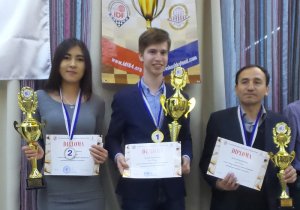 30-11-2016  Closing ceremony took place at 19.00. Representatives of the mayor’s office in Haifa and the Embassy of Kazakhstan in Israel, as well as former world champion, International Grandmaster Markiel Fazylov were present at the closing ceremony.

30-11-2016 In the last 8th round of the stage of World Cup Zhanna Sarshaeva play draw with representative of Belarus Michael Semianiuk and Andrey Gnelitsky won Israeli representative Dmitry Ganopolsky.

Thus, Andrey Gnelitsky (Russia) became the winner of the stage of World Cup with a score of 13 points.
European champion 2016 among women Zhanna Sarshaeva (Russia) with 12 points is on second place.
International Grandmaster, Asian champion Alisher Artikov (Uzbekistan) with 11 points is on third place. He has the best coefficient in the division of seats with Belarusian players Michael Semianiuk and Dmitry Nemets.

According to the results of the competition were awarded the 6 best players and  additionally summed up among women, veterans and juniors born in 1997 and younger.

30-11-2016  In the 7th round Zhanna Sarshaeva and Andrey Gnelitsky won their games and with the result of 11 points led the standings. Alisher Artikov lost Michael Semianiuk and moved to third place of standings. Winners of the tournament are determined in the 8th round in pairs Semeniuk-Sarshaeva and Ganopolsky-Gnelitsky. 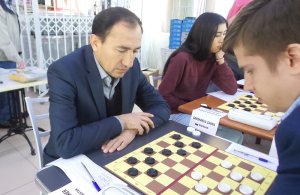 There are still two rounds of intense struggle.

28-11-2016  Free day is on the tournament today. Participants went at a bus trip to Jerusalem. See photo HERE 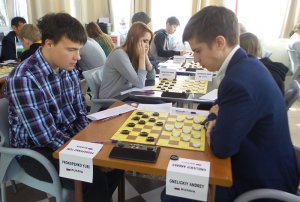 27-11-2016  Сlassical program started today. 27 players from Israel, Russia, Belarus, Uzbekistan and Lithuania take part in the competitions. Competitions are held on the Swiss system in 8 rounds with the draw of the initial moves and positions in accordance with the table approved 14.09.2008.

34 players from Israel, Russia, Belarus, Uzbekistan and Lithuania took part in the competition.

Blitz  program of the World Cup for the first time  was held at the new table of draw (150 position), which was used in the European Draughts-64 Championship 2016 among women. 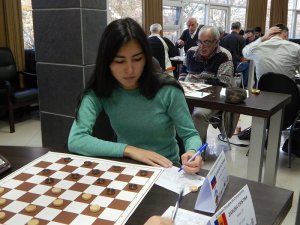 European Champion 2016 among women in the classic program and Rapid, International Grandmaster Zhanna Sarshaeva won a landslide victory in the tournament. She scored 17 points out of 18, making only one draw!