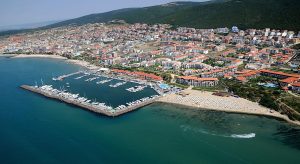 Regulations on the World Championship 2019

Comments of the games of the international grandmaster Evgenii Kondrachenko

Interview with the participants of the World Championship

Yana Yakubovich, world champion 2019 in Blitz and Classic among women

Ihar Mikhalchenka, world champion 2019 in Rapid and Classic among men 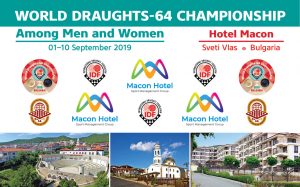 12-09-2019 The World Draughts-64 Championship 2019 among men and women is completed. Competitions were held in three categories: Classic, Rapid and Blitz. The competition was attended by 95 players from 34 countries and 4 continents: Europe, Asia, Africa and America.

The prize fund of the World Championship amounted to 30,000 US dollars.

According to the results of the World Championship, the title of “International Grandmaster” was received by the world champion among women Yana Yakubovich and the silver medalist of the world championship among men Uladzislau Valiuk (both Belarus).

The winners and prize winners of the World Championships among men and women are: 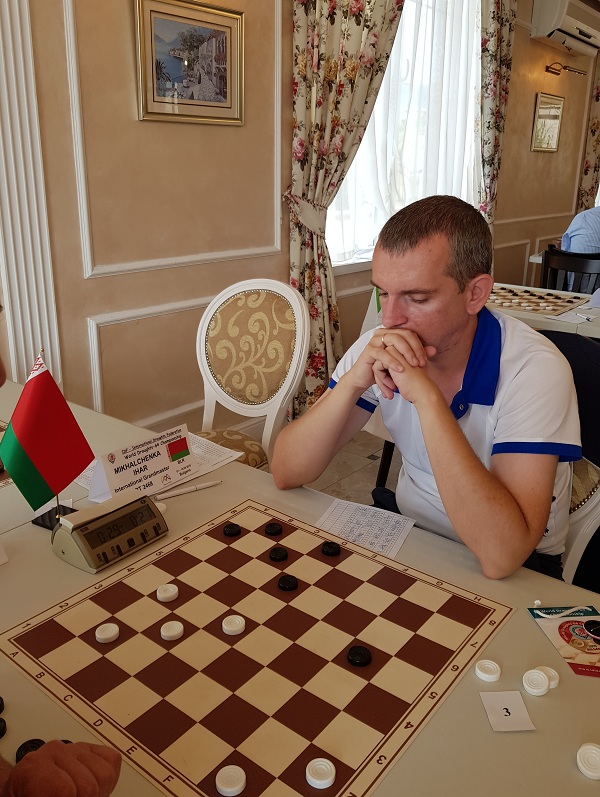 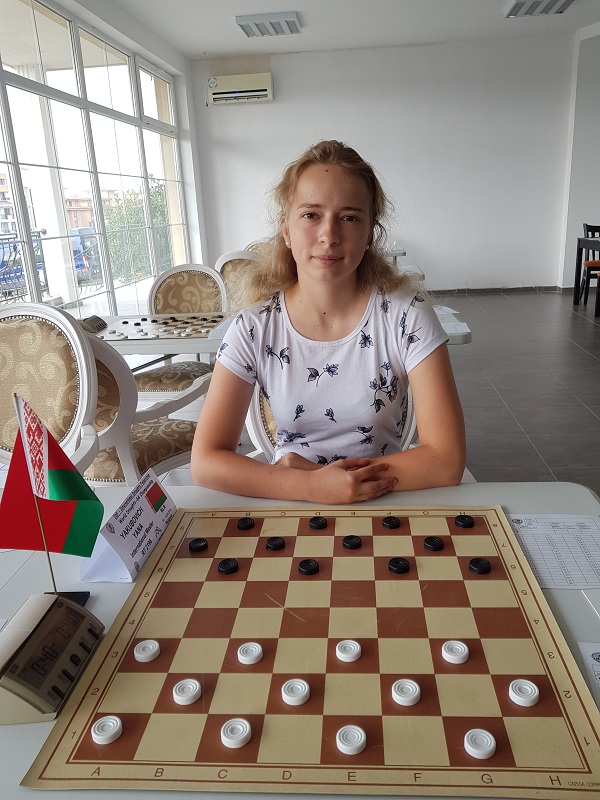 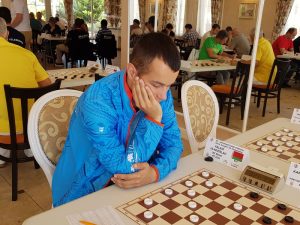 07-09-2019 The preliminary stages of the world championship in the classic game for men and women completed. Further, all players depending on the places occupied, are divided into groups of 8 players and play three rounds: ¼ finals, semi-finals, finals. 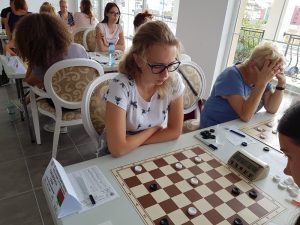 06-09-2019 After 6 rounds in men, 5 players lead with a score of 9 points: international grandmasters Andrei Valiuk, Ihar Mikhalchenka, Evgeny Kondrachenko, as well as Vladislav Valyuk and Andrius Kybartas who won in the 6th round.

In women, before the last round of the preliminary stage, the sole leader was the world champion in Blitz Yana Yakubovich, who won an important victory over the international grandmaster Vera Khvashchinskaia in the 6th round. 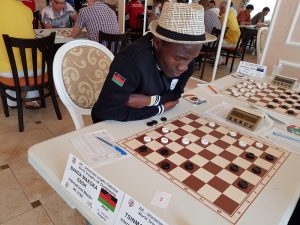 05-09-2019 In men after 4 rounds with a score of 7 points of 8 Belarusians players, international grandmasters Andrei Valiuk, Ihar Mikhalchenka and Evgeny Kondrachenko are in the lead.

The sensation of today is the international master Enok Makoka Banda from Malawi, who won in the 3rd round his fellow countryman Bondo Humble Sympleano and defeated in the fourth round in two games the experienced international master, Latvian champion Guntars Purviņš. After the 4th round, Enok Makoka Banda with 6 points is in the group of pursuers on the 7th line of the tournament table.

In women after 4 rounds with a score of 7 points international grandmasters Fedarovich Darya and Khvashchynskaya Vera lead. 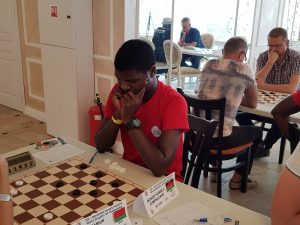 04-09-2019 World Draughts-64 Championship among men and women 2019 in classic game started. Competitions are held in two stages. First, a preliminary stages are held according to the Swiss system of 8 rounds for men and 7 rounds for women.

According to the results of the preliminary stage, all players, depending on the places occupied, are divided into groups of 8 players and play three rounds: ¼ finals, semi-finals, finals.

The winners and prize winners of the World Blitz Championships among men and women are: 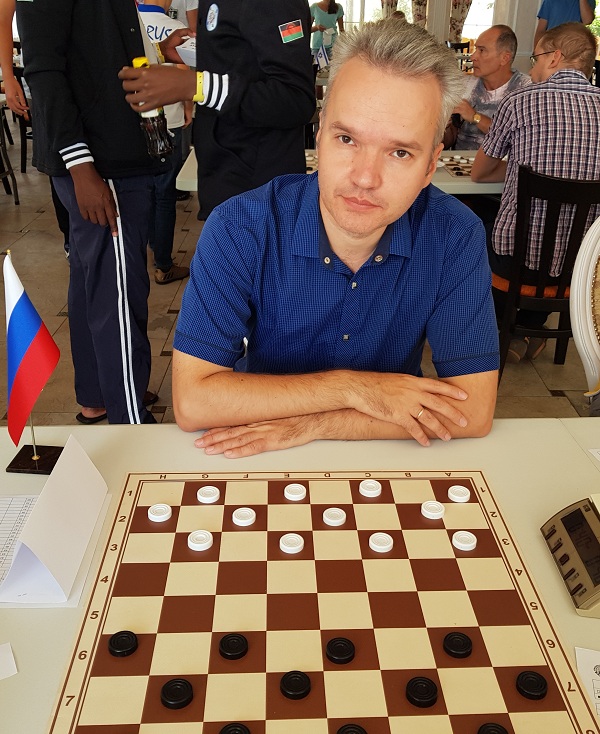 03-09-2019 World Blitz Championship is held today. As for the Rapid, competitions are held in two stages for men and for women. First, the preliminary stage is held according to the Swiss system of 8 rounds, then the participants who took 1-8 place in the preliminary stage will continue the struggle for 1-4 and 5-8 places in the semifinals and finals. See current results.

The winners and prize winners of the World Rapid Championships among men and women are: 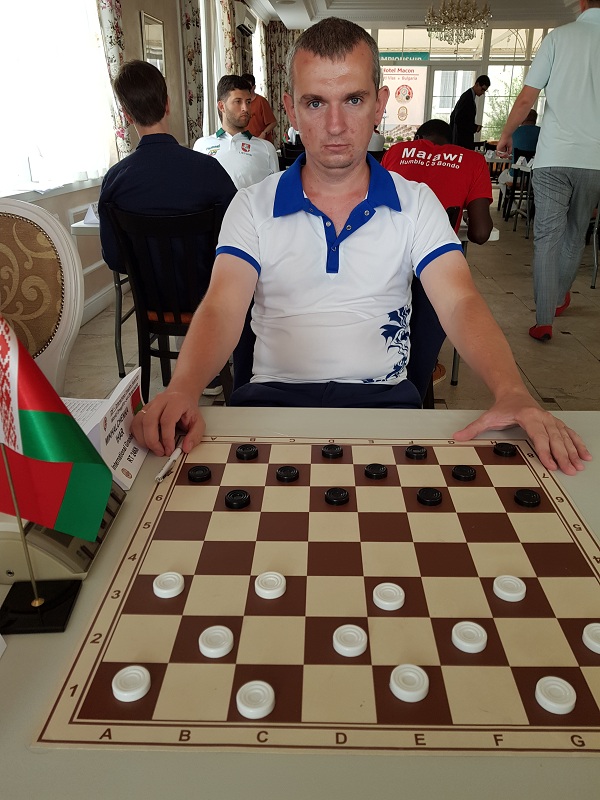 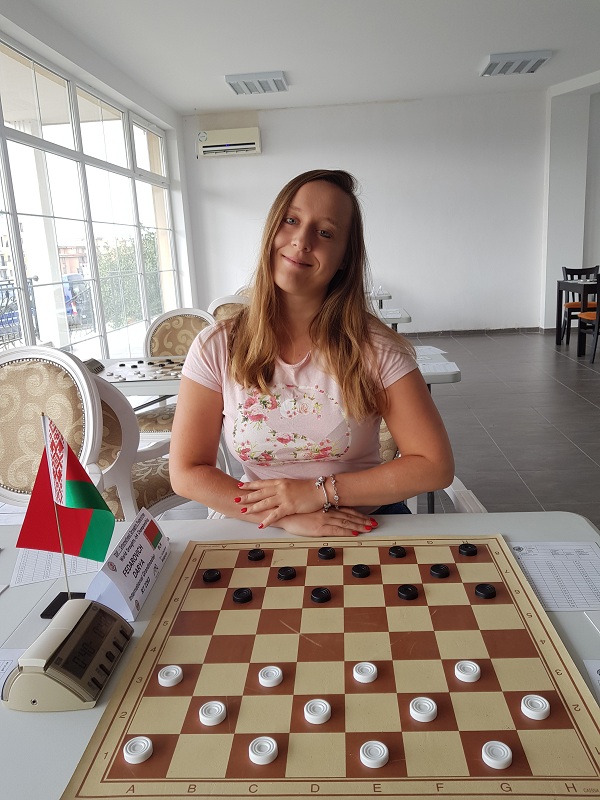 The strongest players of the world from 31 countries representing 4 continents take part in the competitions: Europe, Asia, Africa and America.

Competitors went through the various stages of the selection. They are winners and prize winners of the continental championships of Europe, Asia, Africa and Pan America; 2018 World Cup and national championships.

Women have the main contenders for the title of world champion – winners of various categories of the previous world championship, international grandmasters – Daria Fedorovich, Vera Khvashchinskaia and Barysheva Anastasia from Belarus. The strongest players from Moldova, Kazakhstan, Russia, Latvia and Estonia will compete with them.

Rapid is held today, after which grand opening ceremony of the championship will take place in the amphitheater of St. Vlas in the evening. 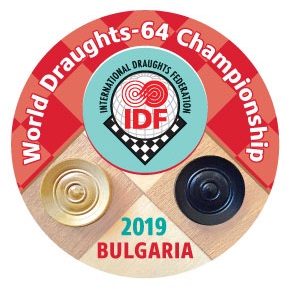 For participants of the World Championship among men and women participating in the competitions in Kranevo in August 2019, a free transfer will be organized on 1st September at 10.00 a.m. from the Aqualife, Kranevo sports complex to the Macon Hotel.

Representatives of 34 countries, including more than 20 grandmasters, announced to participate in the championship. The prize fund of the championship will be more than 30,000 US dollars. In the men’s world championships there will be 30 prizes, in the women’s championships – 12 prizes, additional prizes will be provided for by IDF decision.

01-05-2019 The Regulation on the World Championship published. National federations need to send a preliminary application for participation before June 1, 2019. Application form published.

Due to the difficulty for some countries of obtaining visas to Bulgaria, please apply for visa support as soon as possible:
for European countries and some Asian countries that already received visas to Bulgaria – no later than July 15, 2019
for countries of Asia, Africa and Pan America – no later than May 20, 2019.
In the application for visas, you must specify the date of arrival and departure, status (player, coach, accompanying) last name, first name as in the passport, date of birth, number of passport, date of issue, date of expiry. For countries of Africa and Pan America, you must additionally send a scan of passports.

The prize fund of the World Cup will be more than 30,000 US dollars.

Sveti Vlas, Bulgaria is beautiful cozy town on the Black Sea coast and is located in the northern part of the bay, directly opposite the ancient town of Nessebar, which is included in the list of specially protected UNESCO sites.

In the central part of the bay is the famous Bulgarian resort – Sunny Beach, the northern outskirts of which smoothly passes into the first buildings of St. Vlas.

The proximity to Bourgas airport, a developed tourist infrastructure, a mild climate, sandy beaches that deserved the “Blue Flag” award, and financial accessibility have made Saint Vlas a popular resort in Bulgaria.

Hotel Macon, who hospitably provided its sites for the World Championship is one of the most modern hotels on the coast of St. Vlas.

The complex is focused primarily on professional athletes and has a unique sports infrastructure, which has no analogues in the nearby resorts. The hotel has a SPA center.

Initially, the World Championship was planned to be held in St. Petersburg (Russia). The prize fund of the tournament would be about $ 50,000, international representation – more than 40 countries.

In response to a request to the FSHR to hold the championship in St. Petersburg, people listed simultaneously on the Presidium of the FSHR and the surrogate “FMJD Section of Russian draughts” proposed to hold the championship under the auspices of this section or at the same time under the auspices of the section and IDF, without expressing a desire to participate in the financing of the Championship. It is completely incomprehensible for what reason St. Petersburg and IDF should sponsor the personal PR of these people. Especially in view of the fact that Shonin and Dashkov have recently become the “fifth column” of Russian draughts.

Unfortunately, now key decisions in FMJD are accepted by the “war party”, ideologues of which, FMJD board members Pawlicki and Chertok, have long and hard tried to deprive draughts-64 of the status of an international game. Shonin and Dashkov from the FSHR, imitating the activities of the “FMJD Section of Russian draughts”, provoke a crisis in the world of draughts-64, create the impression of motion blur and lack of organization of our sport, which means they directly create the image of draughts-64 as a non-serious local discipline.

Let me remind you that the countries developing draughts-64, at their General Assembly, supported the decision to withdraw from FMJD precisely because its leadership tried to illegally divide the Russian/Brazilian section and consolidate the status of second-class discipline in it new charter. We are always ready for a constructive dialogue with FMJD – but as an equal partner. We will not betray the interests of draughts-64 and will not agree to their division and second-rate, which Pawlicki and Chertok still try to impose on us, and now with the help of Shonin, Dashkov and Nikitin.

Yes, at present, their activities are detrimental to draughts-64, Russian players and players from other countries of the world. Nevertheless, the IDF confidently continues its progressive development, and the Russian players will sooner or later settle their internal problems and return to the world draughts family.

See you in Bulgaria!